We are proud to announce the “Fun not Fame” Mixtape vol 3 is now available for free download right now!! Click on the pic above or right HERE

Thats right MAH FKA’S !!!!!  FREE download turn this album up while you blaze one up!

Fun Not Fame III mixtape, when unleashed, is an unregulated assault of hip-hop knocking out ear canals like a Tyson left hook, cocked and loaded by the Velvet Couch commission. This is the third wave of yet another arsenal of dope weaponry made locally, mixed by DJ Backlash and mastered and produced at Clockwork Studios by Sneaky-T and Pleura (Fundamental Elements) who cut and prepared a sharpened cache of only the realest of independent hip-hop.

MCs involved in the operation represent a strong contingent of Australia’s independent and unmerciful collective withinternational allies in Sean Strange (U.S.) and with blazing bars from AliSonOfAbdul (Canada). The likes of Burn City’s Mantra, who tears into the fray making silence sound louder than sirens, setting the tone for the likes of Prophet Rayza, Fundamental Elements, Nuggy Gee and Irrelevant to make noise alongside Tailor Made from the depths of Bris City’s scene, setting pace immediately through rhymes at a rapid rate. Tendancee and Master Wolf also flank the front assault, strong-arming the first half of the mixtape.

No VC assault would go down without the VC’s most uncontrollable rapper, Biotic (The Allegiance) who tears off ears and yells into the young minds of those who dare to listen. His outburst equalled only by Newcastle-newcomer Nhostic’s high-paced and well-timed spit on ‘Continuum’ as Fun Not Fame III ramps up the second half of its lyrical barrage, going all guns-out after Ezekiel and MicWise’s raw and nihilistic delivery over a sinister beat comes off like a jailhouse shivving.

Grime Connoisseurs and Upryt are thrown in to flame this rap massacre while Verbill rides the somewhat last smiling melody of mercy before the ills of Pleura returns with a funeral for the fallen in the wake of Fun Not Fame III, administering last rites over an eerie Premo-themed beat from Adelaide beatsmith, Must Volkoff in readiness for the death blow to 2015’s Clockwork and VC mixtape. Served at the return of this operation’s most vicious, Biotic, together with Sean Strange, steals away the final breath by lyrically lashing at the jugular with a rusty razor.

This project forms the third instalment of the Fun Not Fame series with a reputation as a formidable competitor across Brisbane’s underground hip-hop and indeed Australia’s independent scene. The raw and uncompromised talent pool showcased on Fun Not Fame III promises to deliver on every threat in a serious fight for real hip-hop, made independently. 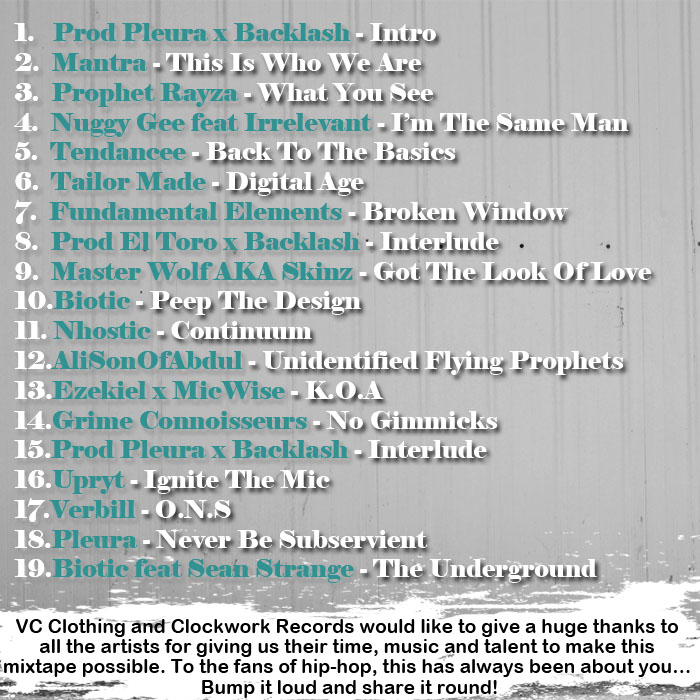