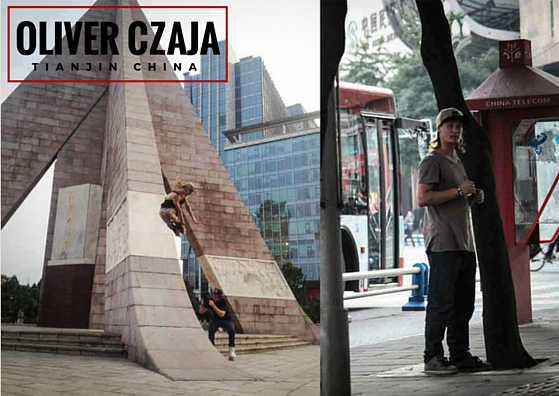 Ollie spent 3 months blading and filming in the concrete jungle of Tianjin, China. Ollie decided he wanted to make this a welcome to the family edit (china edition)! Check it!

I did shows close to 6 months over in Tianjin China, it felt like a long and short 6 months hahahaa the amount of fun you can get up to when everything’s dirt cheap i mean come on you can live for like 10-15 aud a day maybe cheaper you know. 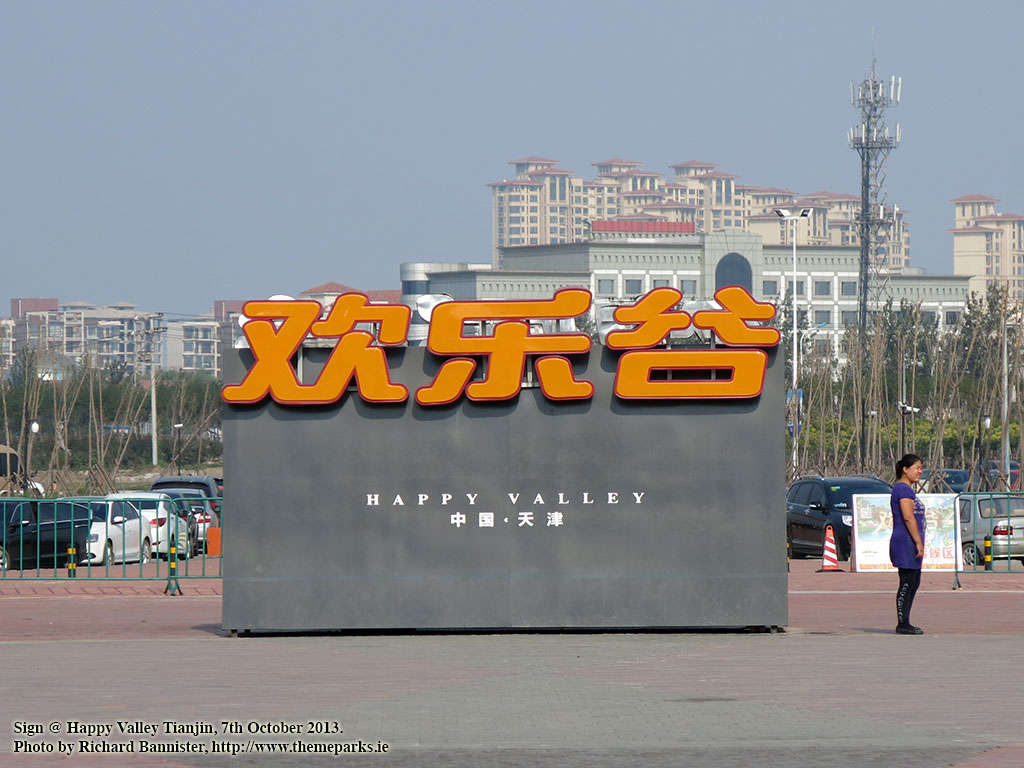 The theme park life is unreal living and working in a theme park is defs an unreal experience going to do shows u get to do what u love and impress people who have had no exposure to the sport it amazing, to then buying 15rmb turkish chicken wraps (that’s the easiest english translation for it haha) to then doing whatever the heck you want riding some rickity wooden rollercoaster thats outside haha 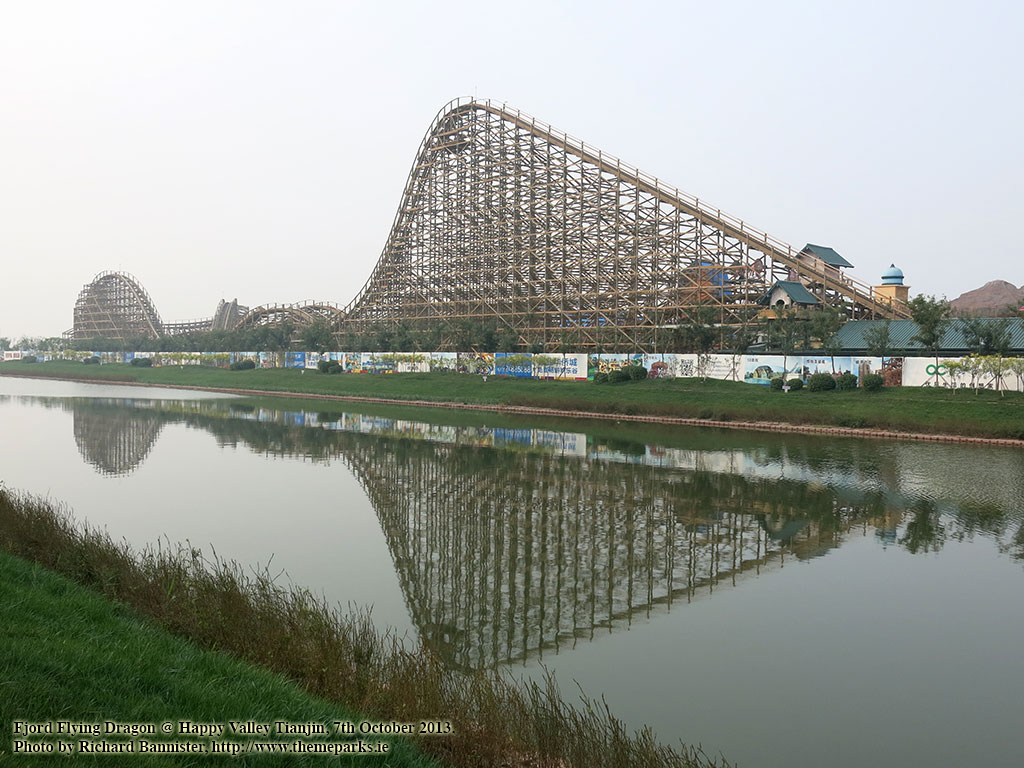 or to watching Brazilian dancers perform a couple of  sweet performances ;) 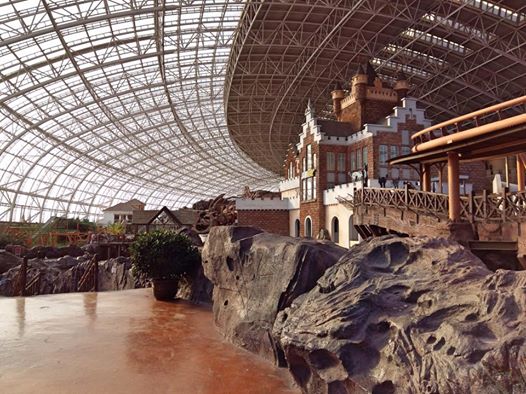 and then going back to do ur 2nd show for the day. show times this year were pretty spot on but it was the golden time in the middle of the day that left far travel a pain in the ass opps pardon
my french i mean backside. Ramps weren’t the best either chat maintainance  so u did what u did ride the f**k outta them sometimes you hit n ride the ramps that hard you could leave your on roller wheels tracks as in u carve lines into the bamboo panels not kidding aye,
but being able to ride and choose what to do its incredible. plus ur living like a 10min walk if ur slow as hell or if you skate it 1-2mins ayeee. and not to mention there’s also a mini wet n wild style a waterpark there aswell thats yours for the taking if your really game enough haha. 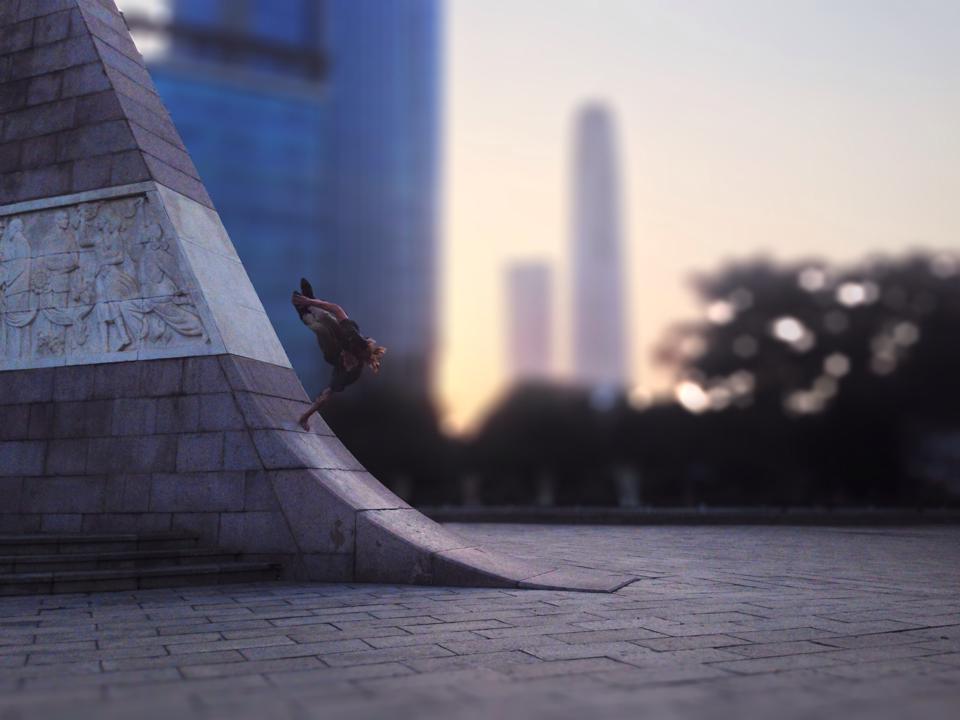 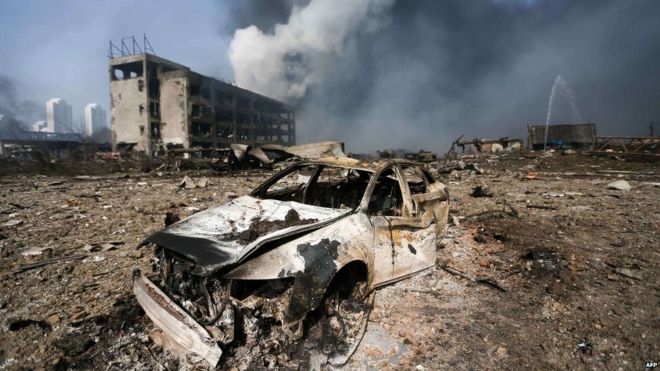 wuqing crazy skatepark contest now thats was an entirely mind boggling experience not kidding ayeee.AJ the giant stein haha was also making his way to tianjin on a bus full of beds for 6hrs mission and a half stayed in our apartments at the theme park which before he also lived for about a month i wont go into that story hahahaha.Soo Got a driver to pick us up at 7am to drive us to the Crazy Skatepark contest Wuqing which is about 1hr from tianjin and 1hr from the theme park there abouts. Make it just in time to catch up with the locals to get into the park, once we got in the place
dammmm it was huge feekin ginormous natural reserve the walk would be like 30mins from entry to the skatepark soo we had these pimp golf carts hahaha
when we got to the park it was like heavy skating a metal and concrete skatepark not kidding being able to pop some flow round was a blast, have to say the comp was a tough one hopefully someone puts out an edit of the day there was alot of cameras floating around aswell.

FISE, flew outta tianjin straight to Chengdu on the 10th I checked in with 2 carry on bags 1 was camera bag and other was a lil bag with my skates n clothing,
next step was going through customs which this time was interesting they didn’t care about scanning all my camera gear as they normally love to do haha they were loosing the nuts over having my rollerblades taken apart in the lil bag and at this point i had this spray that’s amazing for bruise’s and joint pains/problems they didn’t even care about that so turned out to later be flammable as feek hahahaha the 2nd time going through customs they took it and sprayed it on the table n lite it up i was like WTFFFF thats nuts hahahahahaa i put it out with my hand and the customs officers were like stunned. Got into chengdu sweet even with the typical thing someones mobile phone ringing on approach i was just stunned and said out loud are you fucking kidding. After landing got me bag (i had a fear of loosin it cos it was a tiny ass backpack just big enough to fit the skates and frames.
Got a taxi no probs to AJ’s apartment about 2am went up to the 30th floor pretty much in the smack bang centre of Chengdu city, being so early and semi awake I setup my skates and crashed out, but much to my surprise i had Jake Fyfe Bennet trying to get me up at 8am after a night out so it was time to get up and skate. All up I stayed in Chengdu for 10 days and everyday was a new adventure from riding on the back of a rickity old 125cc having near death experiences with buses or moped riders that use a freaking pedestrian crossing hahahaaha to nearly missing the semi finals of FISE (literally made it with 3 mins) to spare before I went for my first run in the semi’s.
We ended up getting and apartment that was less then a 10minute motorbike ride or on a chinese tuk tuk, the apartment was 3 bedroom huge balcony n that all for $30 a night cheaper then a bloody backpackers mate.

Also check out the 2015 VC trip to china edit

Check out Ollie’s interview with rollerblading.com.au 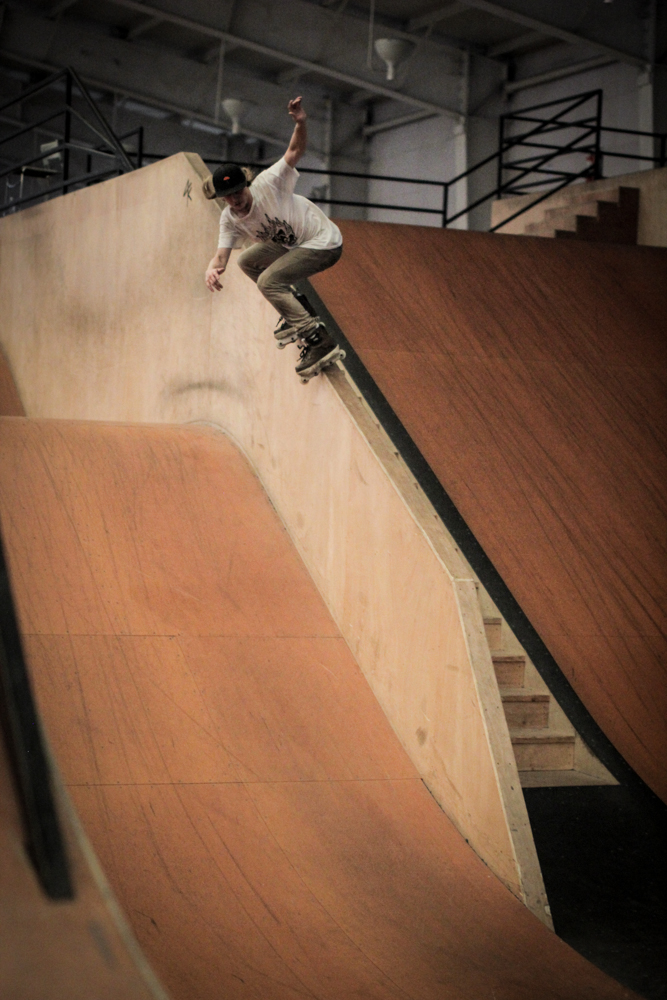 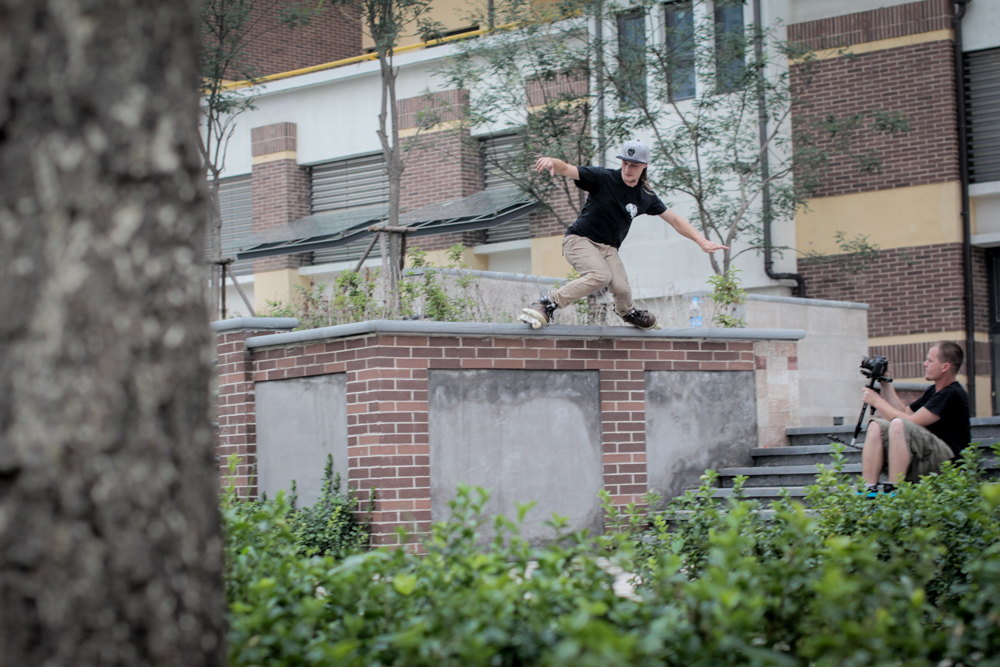