Hosted by VC’s own Biotic with Pauly B working the wheels, Northside’s MCs Truth and Direct from Grime Connoisseurs deliver just as it says on the label in round one of tonight’s shoot- out. Nuggy Gee guests on For The Raw Remix and as usual his vocals play boss across the mic, owning it again not long after winning full attention of a hundred deep, head-nodding to stand-out Day 2 Day Thing before hosting an impromptu freestyle sesh before Rezadent, the vet MC takes back a tight grip of the reigns spitting out a catalogue as far back as The Way Of The Intercepting Fist E​P with beat work provided by Sammsonite and Crate Creeps alongside a swag of new readies with cohort and producer, femcee Meek Starkiller to a half-filled room. 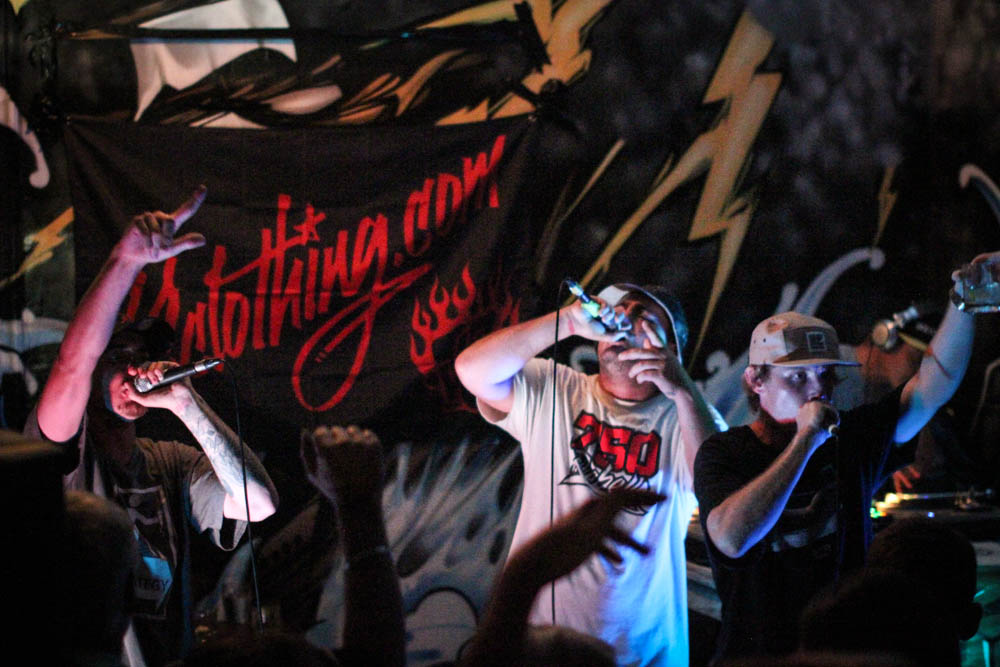 Drink, smoke one and return to the sweatbox for Exit Strategy to headline the night, the ill few’s MCs Elaborate and Audacity with producer Insideus peel off the duration of Seventh Dimension in unrelenting shots ringing out for the longest set they’ve accomplished yet. DwizofOz makes a grand appearance, fresh off a support role for Kerser at Eaton Hills, representing 469, to unload his verse on Web Of Lies showing no half measures when he’s on the job. As Exit Strategy wraps up before midnight, the highlight rode out when Brisbane’s own Nate Dogg in Irrelevant joined the crew on stage to belt out the hook on Strategy – the lingering note that sings into Sunday morning. While the bar was slow and moody at best, the venue once again proved worthy for a raucous show-out of boom-bap. 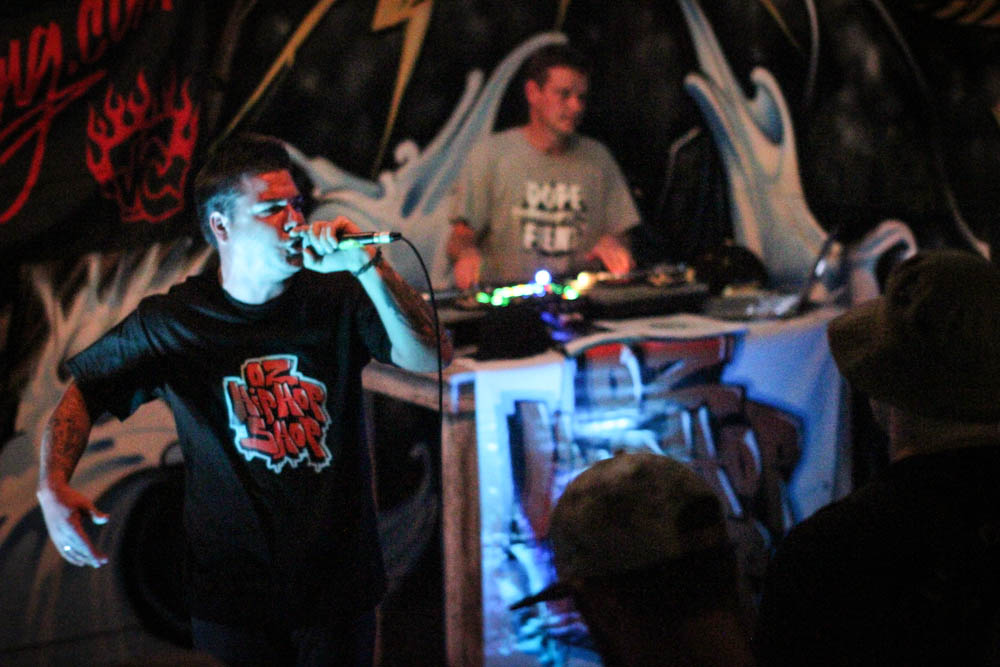